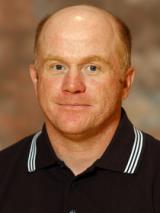 Miles brings an incredible wealth of knowledge and experience to coaching women’s volleyball. His career started in Saskatchewan and has since let him into the USA. Having coached with Canadian National Team program at various levels and being involved with numerous teams at the helm, Miles was an assistant coach under Mike Burchuk with Team Canada at two World Cups of Volleyball and one World Championship. He has had tremendous success at the University level in Canada and now in the United States. Miles is an excellent technician who delivers his message with a great sense of humor and yet in a way that makes it extremely easy for students to learn and progress at a faster than normal pace.