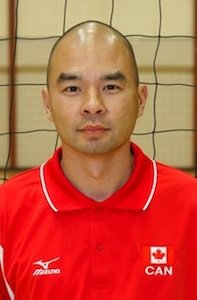 Mike has coached at all levels from junior high girls to National Team. Mike has been coaching in Alberta since 1990. With the exception of one season coaching a boy’s team, Mike has coached women throughout his coaching career. He currently is an Assistant Coach with the University of Alberta PANDAS.