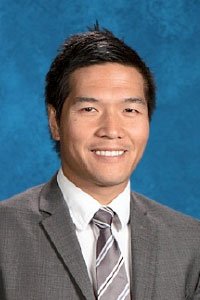 Mike is a teacher at Strathcona-Tweedsmuir School, entering his 12th year. As an athlete, he played volleyball at the high school varsity level and played 2 years of club volleyball for the Junior Dinos. He also played rugby at the club, Provincial and U20 National team levels.
His path into the coaching world began in the sport of rugby, where he has head coached the Alberta U16 and U18 teams at Nationals, zone 2 Alberta Summer Games team, as well as Alberta representative teams at the Western Canada Summer Games (Sherwood Park) and Canada Games (P.E.I.).
His re-involvement with volleyball coincided with his meeting of HITT founder, Carsten Stanjeck, while at Strathcona-Tweedsmuir School. Opportunities to assistant coach and receive mentorship from Stanjeck, Bruce MacFarlane, Myla Hodgins and Ernie Tsu in subsequent seasons provided invaluable technical experience. As a head coach, he has taken the S.T.S. grade 9 girls teams through a stretch of 5 consecutive league championships and a South Central Zone championship. In his past 3 seasons at 403 Selects volleyball club, his teams have won 3 Volleyball Alberta Premier gold, 1 silver, 1 bronze, 1 Nationals silver, 1 Nationals bronze and 2 Provincial championship banners. He has a 6 year old daughter, Mia, and a 3 year old son, Dominic with his wife, Kate.