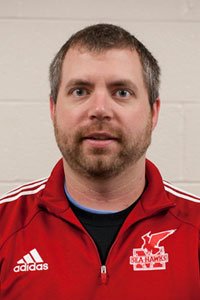 Hailing from Eastern Canada and being a young eager coach, John decided to pack his bags and head west to Alberta in 2007. My main reason for the move was to work and coach within the “hot bed” of volleyball in Canada. John was quick to find success in Alberta with his club and high school squads. With a new home came many new opportunities in coaching at the Arctic Winter Games (2010), Alberta Winter Games (2008,2012), and Team Alberta Provincial Teams (2011,2012,2013) John considers himself a student of the game that constantly seeks out new ideas in the game of volleyball. “I’m very excited to have the opportunity to work with HITT Volleyball athletes and HITT Volleyball coaches”. Coaching Experience: