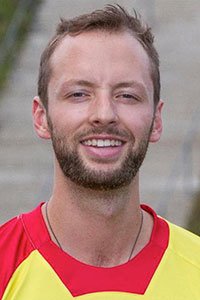 Jay has been involved in the Volleyball Alberta community from a very young age. He began as a player with the NAVC club in Edmonton, and has worked his way up to professional and international competition, most recently for Draisma Dynamo in the Netherlands. Jay has been fortunate enough to be coached by many successful, international-level coaches, and has been able to pass this knowledge onto younger athletes through clinics, camps, and private training for the past several years.